WHO IS THE HARDEST SPRINTER IN HISTORY

WHO IS THE HARDEST SPRINTER.

Never mind who will win the race.

Who will win in a fight!

Whis is the heavy weight champion. 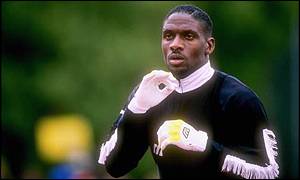 DENNIS MITCHELL, i think sprinters are very interesting. Sometimes they are distrube and cool like me, or shawn crawford.
Some of them just look meen! powerfull

I know a discus thrower who was had a go a LC and they were both dragged away by there mates. This thrower took on 4 other blokes at the same time as well.

I asked Allan Wells about the speed ball when he was in Melbourne in 1987 given my belief that such a training method would have no benefit for running along the grounds being claimed.

Wells admitted that he did not do it to make him faster or better coordinated for running. Rather, he did it to condition his shoulders whereas others may choose to do other exercises to condition their delts such as pushups or presses.

I read that about Wells in his book. I’m sure he stated that it increased reflex speed throughout the whole body that carried over to sprinting, or something like that. Can’t see it myself. What does anyone else think?

correct about wells.he did do speed bag training but what purpose did it have…can’t see any reason for using such a method

i may be wrong with the meet here but back in 91 christie was racing against burrell at a european indoor meet.burrell was running very well during this season and nobody could touch him indoors.

anyway at 30m they were level,burrell looked over to christie and stuck his tongue out while still running then completley smoked christie out if it.now this was a 60m race and the guy had the time to do this and then pull away.straight after the finish line LC approached LB and had words.

23 lewis was afraid to tackle BJ,i think BJ had a go on LL.

The hardest sprinter in the world? Well, that would have to be Tim Harden :sing: